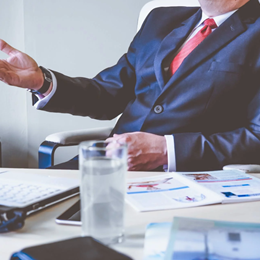 Be careful, directors! Observations on the duty of care and diligence in 2020

As has been the case for decades, the “overwhelming bulk” of Australia’s company registrations is made up of incorporated sole practice and partnership or quasi partnership business enterprises.[1] Directors of these largely family and private companies must comply with their statutory and general law duties and, in particular, the duty of care and diligence.  Failure to pause and reflect when making each board decision could result in personal liability for directors.

Over the past 20 years, section 180 of the Corporations Act 2001 (Cth) has become one of the key tools used by ASIC to encourage individual directors to comply with the law and improve governance standards.  Media coverage of director behavior, particularly in the context of corporate collapse, and the generally accepted “success” of ASIC’s focus on using its enforcement powers to improve and clarify the policy underpinning the duty of care and diligence, means that directors are generally aware of the elements of the duty.

However, ‘overfamiliarity’ can lead to a level of complacency.  As a practical observation, based on our practice in the area over a 20-year period, we do find that many private company directors make decisions without specifically turning their mind to the elements of the duty of care and diligence or the ramifications of breaching the duty.  This may be because they are conscious of the underlying elements of the duty – they “go without saying” when making decisions.  Regardless, the prospect of a domestic and global economic recession, and the uncertainty related to impacts of COVID-19 more generally, are matters that directors on both public and private company boards are and should be contemplating right now.  Similarly, directors should be reflecting on the elements of the duty of care and diligence.

Scope of the duty – Lessons from Daniels v Anderson

The statutory duty of care is derived from similar duties under common law and in equity.  While Australian corporate legislation has contained a duty of care and diligence in some form for many years, the key features of the current statutory duty were primarily established in the landmark case Daniels v Anderson (1995) 37 NSWLR 438 (Daniels).  In this case, the New South Wales Court of Appeal was required to consider whether an executive director and three non-executive directors were negligent in relying on the advice of company employees and advisors and failing to review financial statements or make further enquiries in relation to the financial status of the company.

The Court of Appeal in Daniels held that all company directors owe a duty to their company to take reasonable care in the performance of their duties, and that this is an objective test which is not limited by the director’s experience or ignorance (rather than a subjective test as previously thought).  However, if a director holds themselves out as having particular experience or skills, the standard of care will have a higher threshold.  The scope of the duty as established in Daniels was codified in the current form of the duty of care and diligence set out in section 232(4) of the Corporations Act 1989 (Cth) (now section 180(1) of the Corporations Act 2001 (Cth) (Act)) by the Corporate Law Economic Reform Program Act 1999 (Cth) (CLERP).

It is important that company directors and officers are aware that they may incur significant civil penalties for breaching the duty of care and diligence, such as:

An excellent empirical study by academics Ian Ramsay and Benjamin Saunders in 2019 identified that 46 reported cases were brought by ASIC between 1993-2017 in which a breach of section 180 was alleged and, more crucially, over 83% of these cases were successfully proven.[2]  Studies such as this support the observation that the civil penalty regime for a breach of the duty of care and diligence are being successfully utilised by ASIC to shape compliance and improve corporate governance outcomes.

Along with the current version of the statutory duty of care, CLERP also introduced the ‘business judgment rule’.  Derived from common law doctrine in the United States, the rule, now found in section 180(2) of the Act, attempts to minimise the risks to directors when making legitimate and reasonable business judgments which do not turn out as planned.

After the Daniels decision, there was debate that directors may become ‘overly risk adverse’ in their approach to corporate governance, with negative economic consequences, due to concerns that the case created uncertainty regarding the accountability and liability of directors.  The addition of a ‘business judgment rule’ was aimed at alleviating fears that directors may have their commercial decisions (made in good faith and the benefit of the company) reviewed or “second guessed” by the courts through litigation alleging a breach of the duty of care and diligence.  At the same time, some academics argued that a director who acted reasonably ‘had nothing to fear’ and that the ‘defence’ was unnecessary given the nature of the cases on the duty of care and diligence.[3]

While the intention of the rule was to allow directors to make business decisions without breaching their duty of care and diligence to the company, it has rarely been relied upon and was not considerd as a defence until fifteen years after its introduction in the case of ASIC v Mariner Corporation Limited[4].  Further, in the 46 reported cases reviewed in Ramsay and Saunders’ Study, none of the cases brought by ASIC involved allegations of a breach of duty in connection with business decisions. However, it does not necessarily follow that the absence of case law means the rule is ineffective.  Rather, it can be argued that it is operating as intended – it may well discourage the very conduct that would otherwise give rise to the use of the duty of care to review of the business decisions of directors.[5]

Having recently passed the 20th anniversary of the addition of the statutory duty of care and diligence (as we now know it), and the ‘business judgment rule’, and with the aid of excellent empirical evidence such as the Ramsay & Saunders study and our own experience throughout the 20 year period, it is possible to formulate a number of general and practical observations.

The current market situation is particularly problematic for the vast majority of registered companies in Australia.  When making decisions today, all directors (particularly private company directors with exposure to international market and foreign exchange risk) must remember to discharge the duty of care and diligence.  In that context we think it is timely to remember:

We recommend that all directors take the time to ensure they are aware of what is required to satisfy their duty of care and diligence to the company.  If you have any queries, please contact us for advice.

Research for this article was undertaken by Lawyer, Laura Bain.