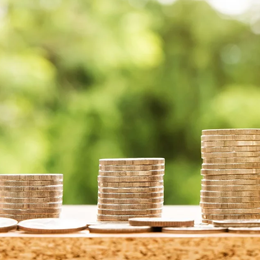 Employers need to prepare for changes coming to the Modern Awards

Major changes to the modern awards will come into effect as early as February this year, as the Fair Work Commission (FWC) concludes its four-yearly review. Obligations on employers are set to increase and employers need to be clear on changes they may need to implement. Susan Moran, Principal of our Employment team, discusses how these changes and the conclusion of the four yearly review will affect you.

It will be essential for employers to review the modern awards applicable to their employees, to ensure that any changes relevant to their workforce are implemented. For example, when the modern awards are rolled out this year, they will no longer include the ‘Absorption Clause’ which has been commonly relied upon by employers to offset over award entitlements, effectively allowing them to fulfil their obligations under the award when paying an above award flat rate. You can read more about how to effectively set off over award payments in our recent article, here.

Annualised salaries, provided for under several modern awards, have also been revised and will result in increased obligations on employers. Annualised salaries comprise paying a fixed annual salary to the exclusion of other award entitlements which would otherwise have to be paid, including allowances, overtime and penalty rates. These arrangements vary from award to award.

While providing flexibility to employers, the volume of underpayments to employees as a result of the use of annualised salaries mean more stringent obligations are set to be imposed. These changes will be effective from 1 March 2020 and will vary to some extent depending on the relevant award.

Such obligations will include:

If hours are worked outside of the outer limits as described above, employers will need to make additional payments to employees in respect of those hours.

The new annualised salary provisions will introduce a reconciliation process where every 12 months (or following termination of employment), the employer must calculate the amount that would have been payable to the employee under the relevant award over the preceding 12 month period and compare that amount to the amount paid under the annualised salary. Any shortfall will need to be reconciled within 14 days.

Employers will be required to keep a record of the starting and finishing times worked by their employees, as well as any unpaid breaks taken. The record must be signed or acknowledged as correct in writing by the employee each pay period and used as the basis for the reconciliation set out above.

It is important to carefully review the modern awards applicable to your employees and the various changes that are being introduced. The new annualised salary clauses will be inserted into the following modern awards on 1 March 2020:

If any of the above modern awards apply to your employees and you pay your employees annualised salaries, you will need to ensure that by 1 March 2020 you have complied with the notification requirements and have begun keeping records as set out above.

This article was co-written by Employment Lawyer, Emma Sheen.

Prev Article
Back to News