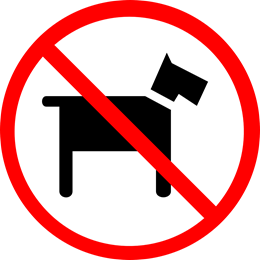 Late last year, the New South Wales Court of Appeal unanimously decided that an owners corporation could not enforce a by-law which imposed a blanket ban on animals residing in properties contained in the strata scheme (Cooper Case). Angus, the miniature schnauzer and the star of the Court of Appeal case, is now happily residing in his owner's unit at the Horizon Building in Darlinghurst, Sydney.

The New South Wales Civil and Administrative Tribunal, or NCAT, were the first to hear the plea of the owners. Their argument was that the by-law stating "...an owner or occupier of a Lot must not keep or permit any animal to be on a Lot or on the Common Property" was harsh, unconscionable, or oppressive and should not be enforceable. The Owners Corporation was insisting that the by-law was enforceable and counter-claimed against the owners for the multiple breach notices issued to them requiring them to remove Angus from the property that were ignored.

The Strata Schemes Management Act 2015 (NSW) (Act) provides at section 139(1) that by-laws cannot be unjust and must not be harsh, unconscionable or oppressive. This section was the basis for the claim in the Cooper Case.

By-laws which limit the property rights of owners will only be considered to be lawful, and therefore valid, if they protect the enjoyment by other occupants of their own properties, or the common property. If a by-law prohibits an ordinary incident of the ownership of real property, such as keeping a pet, and provides no material benefit to other occupiers, it will likely be considered to be oppressive and invalid.

In February 2021, the principle enunciated in the Cooper Case was legislated in New South Wales. The Strata Schemes Management Amendment (Sustainability Infrastructure) Act 2021 (the Amendment Act) now states that in New South Wales, owners corporations cannot unreasonably deny permission for residents to have an animal on their lots. It will be reasonable to keep an animal on a lot unless the keeping of that animal interferes with another occupant’s use and enjoyment of their lot or the common property.

Owners corporations should, before issuing a breach notice to an owner in the strata scheme, consider whether the by-law they are seeking to enforce is actually enforceable. The principles enunciated in the Cooper Case do not only apply to blanket ban by-laws or to by-laws dealing with animals. All by-laws must meet the threshold set out in the Cooper Case. Failure to do so exposes the by-law in question to an order from NCAT declaring it invalid and unenforceable.

This does not mean strata corporations cannot restrict residents from having animals on their lots, only that a blanket ban is not the way to go about it.

This article was co-written by Koreen Partridge, Associate.