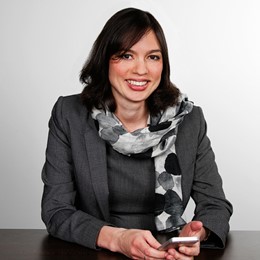 Two waterfront properties, a Mercedes and an easement for parking

In this article, Elizabeth McDonald, Principal of our Property and Planning team, reviews Stolyar and Another v Towers and Another (2018) 19 BPR 38, 287, in which the Supreme Court was asked to determine whether an easement to park a vehicle on residential property was valid. The easement prevented the owner of the burdened lot from ever parking their own car in or in front of a single garage built on their property. The owner argued that this amounted to joint ownership of the easement land and, therefore, the easement could not be valid.

This case involved two waterfront properties in Rose Bay which shared a common boundary. The property owned by the Towers, which we will refer to as Lot B, had no garage. To overcome this parking challenge, an easement was created in 1990 to benefit Lot B and burden Lot A.

The easement granted the following rights to Lot B (owned by the Towers) over the relevant part of Lot A:

There was a single garage with no door built on the easement area and space in front of it to park another vehicle. The Towers regularly used both spaces to park their vehicles.

Immediately adjacent and to the west of the single garage is a double garage on Lot A. There is a turntable installed in front of the double garage, but at the time of the hearing the turntable had long since failed to operate and was expensive to repair.

An example of the conflict that ensued is an incident which occurred in early November 2015. Mr Stolyar drove his wife’s Mercedes home to collect some forgotten documents for a meeting. As there was a car parked in the area in front of the single garage (belonging to the Tower’s cleaner), and his car was already parked in the double garage, he was unable to turn his wife’s car around to return to the meeting. He left his wife’s car in front of the double garage and caught a taxi instead. The police were later called as the Mercedes was blocking the exit of the cleaner’s car.

The Stolyars claimed that the Towers had no right to park there.

The Towers brought proceedings against the Stolyars for wrongful interference with their rights under the easement. The Stolyars denied the allegations and argued that the easement was invalid as the rights it conferred were so extensive that they amounted to joint occupation and substantially deprived Mrs Stolyar of the proprietorship of her property.

Mrs Stolyar brought a cross-claim seeking a declaration that the easement was not valid and an injunction restraining the Towers from parking there.

At first instance, the Court found in favour of the Towers for reasons outlined below. The Stolyars appealed this decision.

The extent of interference with the Stolyars' rights of ownership of the servient tenement as a whole was not sufficient to warrant a conclusion that the easement was invalid.

The Stoylars had also disputed whether a right to park could be the subject of a valid easement. His Honour found that easements for the parking of cars have been held to be valid grants. This finding was not disputed on appeal.

In the absence of this evidence, the Court found that the rights conferred by the easement therefore did not amount to joint ownership or deprive the Stolyars of their possession or proprietorship of the land affected by the easement.

This case illustrates the high threshold which must be met for the Court to deem that a servient owner is substantially deprived of their rights of proprietorship. The Court is reluctant to deem an easement invalid unless there is evidence that the servient owner can prove that is can derive no use from the area.

Elizabeth McDonald, Principal of the Property and Planning team regularly advises on a comprehensive range of legal matters, including:

Click here to read our recent guide on how the Court will determine whether to grant a section 88K easement over land.

More information about our extensive property and development experience is available on our website.

This article is not legal advice. It is intended to provide commentary and general information only. Access to this article does not entitle you to rely on it as legal advice.  You should obtain formal legal advice specific to your own situation. Please contact us if you require advice on matters covered by this article.